Another great use for active listening 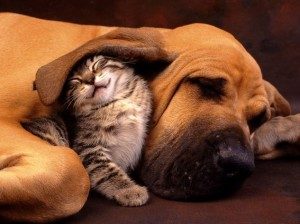 Chris Roberts, pastor at Madison Vineyard Church, has been using the coaching process– particularly active listening– as a way to discover what the Holy Spirit is doing in his friends and neighbors who aren’t yet following Jesus.

“The Holy Spirit is at work all the time in people’s lives,” says Chris. “Sometimes we think you have to come to God before God can actually do anything in your life. You sign up and join club, then God does something. That’s not the case at all. God is doing things in people’s lives all the time regardless of whether they’re Muslims, Buddhists, or secularists.”

He finds that active listening and asking good questions help you understand where the person is coming from on their journey. If you’re just curious and take the posture of a learner with an inquisitive mind, you can help people think things through, which often leads to spiritual conversations. “Even in a two minute conversation, if I apply active listening and am listening with my full ears, I’m going to discover ways that the Holy Spirit is at work in their lives. I’m going to be able to ask questions that would be able to draw out more of the spiritual longing they’re having in their life.”

This reality has played out as he has gotten to know international students and faculty at a nearby university. One man had come to this country to do some work for some large corporations. He had made some incredible scientific discoveries in the area of engineering and he was being pushed by these corporations to work 60 and 70 hours a week.  He loves what he does, but all the time was becoming overwhelming to him. As I was listening to him talk about his situation, I said, “It sounds like you’re asking, ‘Is this all there is to life?’ You make discoveries, write articles, work crazy hours, and it’s not bringing you sustained happiness. There’s a longing for more.”

He confirmed that, indeed, that was what he was feeling.  That conversation opened up various other times when they were able to talk about spiritual things and even pray together at his initiative.

I found it interesting that one of the skills Chris took away from his coach training process is being used outside of formal coaching relationships in ways that have been extremely effective and helpful to others.

<< Doing more of the right less Processing negative feedback: separating the wheat from the chaff >>