Actions that speak louder than words 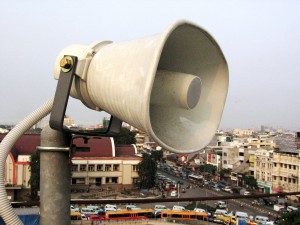 People in the world are looking for the practical implications of what difference it makes to be a disciple. They want to know: Does this matter? Does this make the lives of others better? Does this help the poor?

The church in the western world has largely lost our voice. It’s no mystery why. It’s because the supposed followers of Jesus aren’t acting like Jesus or doing the things he’d be doing. So all of this Christianity or discipleship talk is viewed by the world as just that: talk, not reality.

How might that perception change if we all got involved? If we began personally serving the poor? Helping address injustice? Bringing meals to our neighbors? Caring for widows and orphans? Those kinds of actions would make an impression on people.

People who aren’t religious at all highly respected Mother Theresa and would listen to what she had to say… because of her actions. The new Pope Francis has been expressing concern and engagement with the poor and that has piqued people’s interest. Although it’s too early to tell where that posture will lead, he’s moving in a direction that has gotten the attention of nonreligious people.

If we try to talk our way through Christianity with people, nobody’s listening anymore because we’ve lost our position of credibility. Actions are necessary for the church to redeem its voice.

<< What do you have to say to the people? The centrality of children in the plan of God >>