Why Young Adults Need You to Emphasize Discipleship 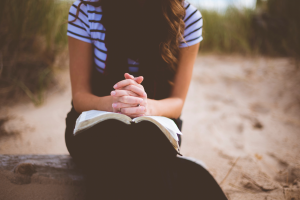 One of my favorite pot stirrers is the Franciscan priest, Richard Rohr. In his How to Breathe Underwater, he spends a lot of time dealing with the unhealthy ways that many Christians deal with sin, brokenness, accountability, healing and reconciliation. In the process, he lifts up 12-Step programs as models for the church to learn from.

I have a young man in the congregation where I serve who recently came through a life-changing period. He had been a free spirit and had got himself in a lot of troubles over the past few years. He was an alcoholic, had used drugs, and found that a lot of things that he enjoyed short-term were also destroying the things that were most important to him long-term. A DUI for driving over a hundred miles an hour while drunk was the trigger that set things in a new direction. Joining a 12-Step group became the vehicle for getting a sponsor, developing accountability to a group, and getting his life together. As of today he has been sober over a year. As I write this, yesterday he started a Master’s degree program in special education. And this past Sunday, in front of the congregation, he came forward with many of the people he had hurt, as well as many of the people who had become his companions in the return to wholeness, present as he affirmed his Baptism and renewed his faith commitments.

What is different, and admirable, about this young man’s journey, is how seriously he took each step. While many in our tradition affirm their baptism in a rite called “confirmation” when they are early teenagers, few of them are actually fully ready to even know what that means at that age. This young man had done that and remembers how little he understood, or even cared, at that time about it. But now, a decade later, he is hungry for focus and structure and support as he tries to follow the path that Jesus is walking with him. He and I met multiple times before he affirmed his faith last Sunday. He wanted to be sure he was serious. He wanted to celebrate a year of sobriety before he did it. So Sunday was a major step in his life and he knew it as he did it.

Young people who do not participate in church life do not want to come to a faith community where no one takes their discipleship seriously. If they are to go from unchurched to churched, it better matter. They can do lots of things that don’t matter. To change one’s routines for nothing makes no sense to them – there is no underlying loyalty there. But to change what we do because it really matters – to us and to God – that is worth the effort.

12-Step programs can teach us a lot. You may or may not find all twelve steps to your liking – that is not the point. But the clarity of purpose, having a supportive sponsor/mentor, participating in a group that is serious about something – these are all good practices.

Helping people find accountable and supportive relationships is the place where God can cultivate discipleship practices most effectively. Young people desire it. 12- Step groups live it out. Is there something you and I can learn from this and change how we help people become better followers of Jesus along the way? I think so!

A downloadable Lutheran version is also available for the full set of guides.  If you want to take a peek at the free overview of the Lutheran Guides, click here.

Photo by Ben White on Unsplash

<< Making Disciples in the 21st Century: A new resource from Australia Starting with the roots in church planting: values >>