Who can help you? 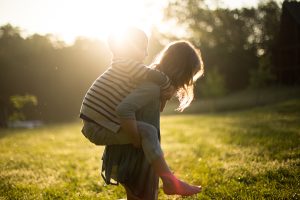 This entry is part of a week-long series on powerful coaching questions.

Let’s say you’re working with a leader who is wrestling with something or having difficulty putting together a plan. When you start asking them questions to help them brainstorm, like “What are some options?” they sometimes give responses that show that they really have no idea. Even if you try to unpack their responses, they simply don’t know where to start.

When that happens, I very often ask the question, “Who can help you with this?” They usually reply, “That’s a good question,” to which I respond with silence. Then, almost invariably, they think of one or two or three people who have strengths in the area they’re struggling with.

What really surprises me is that they will often say, “I hadn’t thought about that before.” They have people right in their church or friends who have expertise in the area where they needed help and they just haven’t thought about asking them. These people are more than willing to help; they’ve just not been asked.

People are usually far more willing to help than we realize. God has already provided around us the people we need in order to get traction.

<< If it were easy, they wouldn’t need you If you knew you couldn’t fail, what would you do for the glory of God? >>