The math of delegation 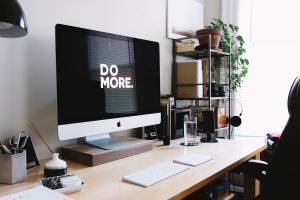 Delegation is an essential skill for developing your team members. Not only does it take work off your own to-do list, but it helps develop others. So why don’t more leaders do it? One significant challenge is giving up control. If you don’t do it yourself, how can you be sure someone else will do it to the level of quality you were hoping for? You also might need to let them do it differently than you would yourself. They might try and possibly fail. Giving up control is harder than it looks.

One of the reasons we sometimes don’t want to release responsibilities to others is because we may not think they are as talented as we are. First, let’s make the dubious assumption that’s true. And then let’s do the math. If we are a 100 but we’re only able to give the area 10% of our focus, that’s a score of ten. But if we delegate it to someone who’s only half as good—a 50—but they’re able to give it 80% of their focus, that’s a score of 40. Their overall score is four times better than ours even if they’re only half as good.

We sometimes don’t want to release control because our standards are so high. But then we spread ourselves so thin that our quality level drops anyway. Give others a job they can really concentrate on and they’ll likely end up outperforming us. Plus, delegating gives them the opportunity to develop and grow.

Photo by Carl Heyerdahl on Unsplash

<< It takes three cuts to get it right Happy 500th Anniversary of the Reformation! >>