Discipleship and the story of Andrew 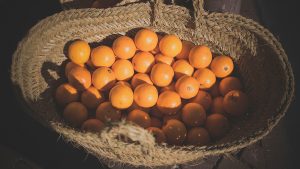 Andrew, Simon Peter’s brother, was one of the two who heard what John had said and who had followed Jesus. The first thing Andrew did was to find his brother Simon and tell him, “We have found the Messiah” (that is, the Christ). And he brought him to Jesus. — John 1:40-42

Andrew had just heard about Jesus. He was not a committed, mature follower. He certainly didn’t have all of his theology straight. On paper, Andrew had zero qualifications for leading someone else along the path of faith. Yet the first thing Andrew did was to find his brother, tell him about Jesus, and bring him along to follow him too.

Even brand new believers—or seekers—can start making disciples as they’re becoming disciples themselves. One of the biggest misconceptions about discipleship today is that you need to be mature yourself before you can start discipling others.

Discipleship starts in the harvest—not after people have come to faith. People do not have to believe to begin following Jesus… they just have to be open and willing to learn. Jesus invited people to follow him before they believed.

<< The emotional tollbooth Up willow creek without a paddle >>