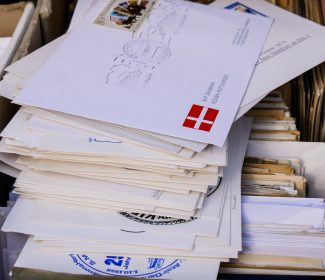 Responding to criticism: Do you ever get criticized? I’m guessing if you’re a ministry leader, the answer is yes (exercising my profound powers of discernment).

The real question is how to handle it when criticism comes. How can you avoid reacting defensively, help the other person feel heard, and get to the deeper issues of what’s really going on beneath the surface?

In one case the particular issue was the church’s new online process for getting connected with community groups and other connecting events. The online process didn’t match the congregant’s expectations of what the church should be. How did the pastor respond to the criticism? He fully unpacked the man’s thinking, and he listened.  The basic criticism was that the process was too secular, too modern, too impersonal, and not relational enough. Even the photos used didn’t have enough sacredness to them.

The pastor’s goal was first to understand. He wasn’t worried initially about whether they agreed or disagreed. He just wanted to see first principles were being reflected. So the pastor asked the man, “From your perspective, what are the principles that undergird the way people get connected in community?” This requires people to go deeper in their thinking to assess the purpose. In this case– what is the connection process supposed to be accomplishing?

After listening, the pastor added a few of his own guiding principles for how people should get connected into community. 1) The process should be welcoming to newcomers, not just those who already had relational connections. 2) to respect the nature of the church but to do so in a contemporary way. 3) to authentically connect community-building with mission and outreach. These are the principles that led to the online registration process—from the general idea right down to the photos that were used. The conversation, however, did lead to adding a more personal touch for those who would prefer it. The pastor learned from that conversation and improved the process.

This is a good way to process people—especially when there’s criticism coming your way. First seek to fully understand their position. That shows a lot of respect and care. Then ask, “Can I share my perspective with you? Here are the principles I was following….” Then ask, “What are you hearing me say?” Let them try to say it back to you. It’s okay to say, “No, I didn’t say that. Let me try again.” The goal is to come to a mutual understanding. Sometimes that will lead to mutual agreement and sometimes not. And sometimes it will lead to a third way all together that neither of you had thought of before.