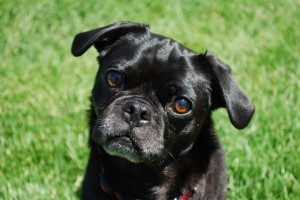 Over the years I’ve talked with many, many pastors about their stance on getting new churches started out of their church. My observation has been that there are three general responses.

The vast majority of pastors are passive. They’re not thinking about it much and not praying about it much. They’re not hostile to the idea per se—they just haven’t given it much thought. Passivity basically means it would be very rare for a church to get planted out of that kind of environment. I’ve actually never seen it happen, but I can’t say statistically that it’s never because God might speak to an individual and do something out of that context anyway. Yet my observation has been that pastors who are passive don’t really see the opportunities to reach lost people through church planting. The passivity communicates they do not care about lost people beyond the scope of their own congregation. They’re more interested in building their own ministry.

Of those pastors that are open and truly want to see churches planted out of their church, they fall into two other categories: responsive or proactive. Those who are responsive will respond if a great opportunity arrives. If someone who has a passion for starting a new church is staring them in the face, saying “I want to go plant a church,” responsive pastors are glad to help them. They have been waiting for God to work and then recognizing where he is at work. In those cases, since church planting is just one of many things that might surface, the possibility of fruitfulness is decreased dramatically by being in only responsive mode. This is especially the case in larger churches when many other issues and problems are vying for the pastor’s attention: space problems, new staff members, pastoral care. They may engage in church planting if an opportunity is staring them in the face, but they’re missing many opportunities.

The third kind of pastor is the one who is proactive. He or she is actively seeking to mobilize people who live incarnationally and missionally, and actively seeking to make disciples who make disciples. These pastors are proactively focused on the process of birthing, growing, and multiplying missional communities. They’re very proactive because that grassroots engagement allows them to see the people who are effective in evangelizing and raising up leaders. That’s the pool of potential church planters from which they can draw.

There’s a significant difference between intentionally developing potential planters that God may be calling and simply giving a leg up to those who are all ready to go. By spotting those who are fruitfully serving, and then giving them focused attention and development, pastors can be proactively involved in church planting.

<< A mission-shaped church? What do you have to say to the people? >>