Do we need more churches? 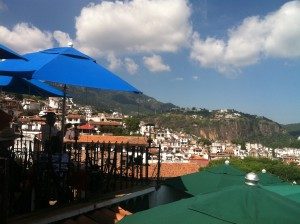 Back when I lived and pastored in Rancho Cucamonga (yes, there really is city by that name), I happened across a Chamber of Commerce brochure for the city. It was one of those propaganda pieces that communicates: “This is the best place in the world to work, live, play, and raise a family.” I read through it thinking, “Wow. This sounds great– what a wonderful place! I live here?”

I was amused reading the brochure, because what I saw there didn’t correspond to my reality. It has since become much of that vision, but at the time the promises made by that brochure were not much more than fabricated dreams of what Ranch Cucamonga could become.

One of the claims in the brochure was that Rancho Cucamonga was the very center of all southern California. As proof, they showed a map with concentric circles, and the city was indeed the geographical center of southern California. (Of course, to the east it was all desert.) You can do anything with a drawing and statistics.

Then the thought struck me as I looked at those concentric circles: I wonder how many people live within a 20 minute drive of our church and don’t know Jesus. I knew there were over 80% unchurched people in our area, and the most recent census information had just come out. Together, that meant that there were over 250,000 people within a 20 minute drive that weren’t connected to a church in any way.

Then I thought: What if we reached 10% of those people? We might not be able to reach everybody, but we could probably reach 10%. That was still 25,000 people. Where on earth would we park that many cars? There was just no way. We must start new churches as well as continuing to grow ours.

<< A visionary board report? Leading from the pulpit >>