The Kingdom: Who’s in charge? 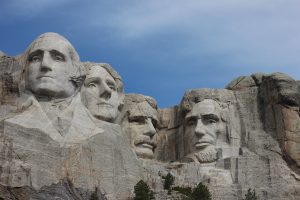 As we in the United States observe President’s Day today, authority can be a challenging concept to understand. Who has it and why? Does it come from position? From character? From earning trust?

How we answer these questions depends on our identity. If we are first and foremost subjects of Christ and his Kingdom, we consider ourselves bound to the Kingdom. We obey Kingdom values and commands, even if they are not yet realized in our world. As Peter said when he and the other apostles were ordered to stop preaching, “We must obey God rather than human beings!” (Acts 5:29).

Although we live in this present world, we are citizens and residents of the world that is to come—and that is what we are to live in accordance with. We are foreigners and strangers on this earth, longing for the future Kingdom where we belong:

All these people were still living by faith when they died. They did not receive the things promised; they only saw them and welcomed them from a distance, admitting that they were foreigners and strangers on earth. People who say such things show that they are looking for a country of their own. If they had been thinking of the country they had left, they would have had opportunity to return. Instead, they were longing for a better country—a heavenly one. Therefore God is not ashamed to be called their God, for he has prepared a city for them.  (Hebrews 11:13-16)

Someday that Kingdom will become a reality. We will bow before the throne of God, together with people of every nation and language, and God himself will wipe every tear from our eyes. And this dominion will never be destroyed or pass away (Daniel 7:14). And until then, we live into that future reality.

<< A Love that is Difficult Introducing The Leadership Effectiveness Profile >>