An investment that lasts: Steve Ogne 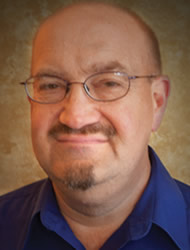 Many of you may have heard that Steve Ogne passed away last week. I’ll be attending his memorial service tomorrow.

I first met Steve way back around 1990, when I was asked to speak at a Missionary Church for their pastors and wives conference. I don’t normally do couple’s conferences, but it was close by and the schedule worked well for me, so I agreed. A lot of church planters were in attendance, and while I was there, the Lord gave me the idea of the new church incubator. So I set aside a time after the evening session to gather the planters to hear their needs, what kind of support and resources they hoped for, etc. Steve Ogne was present in that group and we met briefly.

A few days later, a letter showed up in my mailbox. It was from Steve, saying he met me there, and would like to work with me. He wrote that what I was doing was what he felt God was calling him to do. I thought, “Well, if he was audacious enough just to flat out ask, I should at least take it seriously enough to look into it.” I did some discreet checking around before connecting with him, and found that the people who knew him well thought very highly of him. So we connected to start talking about the possibilities.

At the time, I was with a mission organization and received a grant from the Western District of the Missionary Church for $15,000 for the development of the new church incubator. All that money went to provide income for Steve while he was raising long-term support. It was an investment in the church planting world—in this case, a lasting investment.

As Steve and I were developing resources for the new church incubator, we realized we were writing a whole new resource for church planting, which later became known as The Church Planter’s Toolkit. As we started working on that project, Steve’s contributions, wisdom and insight make him so valuable that I decided to include him as a co-author, even though that wasn’t the original arrangement.

Our work together launched a whole host of support systems for starting and multiplying churches: the church planter boot camp, the parent church network, a planter assessment system to interview and select church planters, leadership farm systems, and the Church Planting Institute. Together we helped regional networks of churches implement a systems approach for church planting and multiplication.

For the next 8 years or so, Steve and I partnered together to develop the core of many of the church planting systems that are in use today. I ran into Steve at the Exponential conference a number of years ago. We were looking around at all these booths with products and services. Steve turned to me and said, “I knew we were helping to launch a movement. I had no idea we were starting an industry.”

The really amazing thing about Steve is that he truly was a Barnabas. Barnabas was one of those people who have a huge impact, yet doesn’t stand in the spotlight himself. He had that ability to come alongside people and leverage his own gifts of wisdom, encouragement and exhortation to make a huge difference. Those who have experienced his coaching can really testify to that.

Steve had the capacity to distill complex issues down to a few basic principles, them help build a framework for people to live those principles out. He truly got excited about the successes of others, even when he had no share in the credit and got none of the recognition. Nevertheless, a true spiritual Barnabas, he leveraged others to move forward.

We would meet together every couple of weeks, talk through things, work on things, sometimes traveling together. The times of ministry were always very fruitful, and Steve never complained. One time when we were on the road, I got the location of our meeting wrong. I thought our hotel was a block away from the site, but it was closer to a mile. We were carrying heavy boxes of our material, but Steve never complained. He did what needed to be done.

Over time, Steve experienced more and more health issues. He would always get back up and see what he could do to keep moving forward. He called me once for some coaching on how he could sort his priorities and make a contribution even in the face of health limitations. God gives each of us a certain number of talents to use for his Kingdom (like in the parable). Steve was someone who maximized the talents God gave him as well as anybody I’d ever seen. He was faithful, never sprinting, but always maintaining focus.

Here are a few of the principles I saw lived out in Steve’s life:

• It’s not so much what you do, but what you leverage other people to be able to do. Your investment in others is your legacy: the fruitfulness of that goes far beyond what you as an individual can do.
• Maximize what God has given you—whether a little or a lot—for the advancement of his Kingdom.
• Maintain faithful focus. Recognize that when you are dealt something hard in life, you can still make a contribution.

Steve Ogne made Kingdom contributions to the very end. He kept on going until the Lord said, “Okay, you can come home now.” And he heard “Well done, good and faithful servant” I’m certain. Steve was an amazing ministry partner and friend. I’ll miss him, but I know I’ll see him again.

<< Ready to figure out what making disciples looks like in everyday life? Learning to live generously >>