The impact of compassion 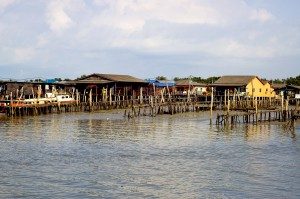 My friend Mark Fields went overseas with The Vineyard Missions to The Philippines. While he was there, he had the opportunity to go visit a marginalized people group who were Muslim in background and not recognized by the government. Because they don’t have birth certificates, the children can’t go to school and the adults can’t vote or buy property or land to build on. So they came up with a creative solution: they built homes over the water on stilts.

Some Christians had been living incarnationally among and with this group of people for nine years. Then a major fire destroyed a bunch of their homes. In close living conditions in houses made of plywood, fires move very quickly. Hundreds of families were displaced.

The care and compassion of these Christians during this time was profoundly impactful to the people.  During the disaster, the Christians continued to do what they have been doing– offering food and medical care. But after the disaster they also became advocates for the people with the government for temporary help while they were displaced. The Christians also offered assistance in rebuilding, raised money to help with the rebuilding efforts, and worked with the people every step of the way. They have even been helping the children get birth certificates and begin to enter school.

This demonstration of the love of God was so impactful that nine months after the disaster, over a hundred people from this group committed their lives to Christ and regularly attend church.  Fruit often comes from the faithful integrity of living among the people. In this case, a crisis created an opportunity to serve—building on relationships that had already been established. The actions of the Christians so impressed the people and demonstrated the love of God to them that it had a significant impact on their lives.

<< What do you say when you dedicate a baby? Resource Zone International >>