God’s calling at an early age 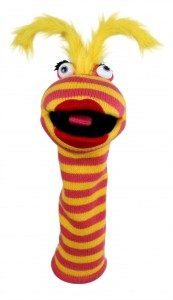 Among my earliest memories are receiving Christ as savior and knowing I was supposed to work for God. At the time, the only people I knew who worked for God were missionaries, so I wanted to be a missionary. (I didn’t know that being a pastor was an actual job as opposed to a hobby; take a poll among 6- and 7-year-olds and you’ll find that they probably think the same thing.)

Much later, when I was a pastor, we had a family festival on a Sunday evening, with puppets and kids sitting on the floor in a highly interactive environment. The kids would go home with placemats for the month with ideas for spiritual conversations and activities around the dinner table. I was talking with the kids that evening about the importance of starting churches. I told them that I knew as a young kid that I was supposed to work for God, and that there were some of them who God might be calling to become church planters.

Much, much later, when I was coaching church planters, one man came to me for coaching and told me he was in 6th or 7th grade when I gave that talk. He said, “The moment you said that, I knew that I was supposed to be a church planter.  As a kid, I knew it and have been pursuing that calling ever since.”

God can call people to special ministries at a very young age. Sow seeds and a vision for that– part of that means helping kids to recognize that certain roles are vocations and callings. There are numerous cases where people have received their call as children or youth. Don’t forget the kids.

<< A Barnabas moment And a great light came into the world >>