Revitalized by intentionality: focus on outcomes 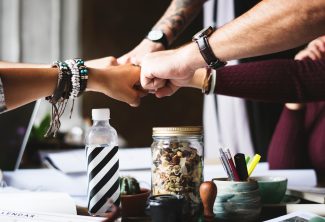 Does your team focus on outcomes when they work together?

Last year I coached a man who was commissioned to create an assessment tool to improve the effectiveness of church planting partnerships within his denomination. His role was to come alongside them and help them become healthier and more effective. We worked together to help him form his team, develop his assessment, and distribute it to the church planting partnerships.

It was there that he ran into a roadblock. No one would get back to him. He emailed and emailed… to no avail. He was having trouble getting responses to any specific requests. As we discussed the problem, it became clear that the broader culture of the system was very organic and relational, but people had not been expected to follow through on administrative tasks. They would enjoy the relational connection he offered, but then would not follow through on actually doing anything as a result of it.

So he followed up relationally—and kept emphasizing how this assessment tool could be an important step toward greater health and effectiveness of their church planting work. Using his relational equity, he was able to get some leaders to participate in a pilot project. And participation in the pilot project was connected with coaching and peer support as they went through the assessment process, which was something highly valued by the leaders. Those relational environments created enough support that they were able to start getting results. The assessment helped them identify where they needed to focus and the coaching and peer support helped them walk through the steps forward to improve.

That group– the group that opted in–started to get results: improved effectiveness of the mission partnerships. Word started spreading. The people in the system learned that the man I was coaching was actually helping them. It wasn’t just a great relational connect, but a relationship with results: something comes of it.

Now a year later, when this man sends an email to the partner missions, he begins getting responses back five minutes later. The people he works with have the consistency of meeting in a relational environment– but one that has a focus on outcomes. Before they had enjoyed the relational part, but they’d been trained not to respond to specific requests because they knew it would never go anywhere. The challenge for him was to approach them in a relational way, but also a way that focused on outcomes.

When I work with people, I ask them, “What’s the fewest number of things you need to do to accomplish what you are trying to accomplish?” We start there and make incremental changes that are in line with the culture and ethos of the organization. If you’d like coaching help that fits your ministry culture and helps it move forward to accomplish your goals in the simplest way possible, contact me.

<< Church Planting: Sometimes you don’t see the fruit Your labor is not in vain >>