End of the trail: celebration at the destination 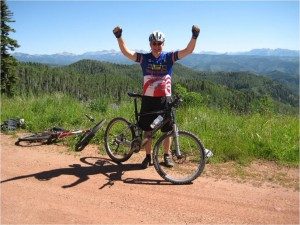 Note: part of a series from From Followers to Leaders.  See Feb 21 blog entry for backstory.

Eventually, the new leaders reach the end of the path. They may have gained competence in a particular area, or accomplished a specific goal such as multiplying a small group or launching a new ministry team. The whole team may have accomplished something, such as the launch of the first service of a church plant or a major outreach event.

Whatever the specific goal, the end of the trail is a time for celebration, for recognizing how far we’ve come. We’ve seen milestones passed and destinations reached. All of the hard work, the commitment, and the effort have paid off. We need to be intentional about celebrating the successes and accomplishments at the end of the trail. When you climb a mountain, you don’t immediately turn around and head back down so you can start climbing another one… you stay there and enjoy the view for a while. When the people of Israel entered the promised land, they sang songs and celebrated. When the ark entered Jerusalem, David danced. Celebration crowns an event or achievement, like marking the spot with an altar.

The end of the trail is also a good place to look back and reflect, to think through what has been learned from the journey. From there, we can decide what’s next. In this sense, the end of the trail is never really the end. It’s also the beginning of new paths. In the end, effective leadership doesn’t end, it multiplies itself. At every stage along the way, we have someone going before us, peers alongside us, and someone coming along behind us.