The difference 10 minutes can make 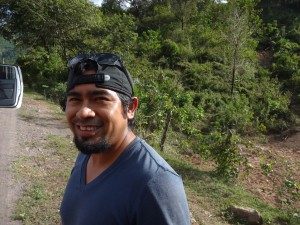 I met a Guatemalan man named Gerber Perez, who now works with Mission Impact. When he was a young man, about 21, he got his first job teaching 3rd grade at a local school. Gerber made a practice of setting his watch ten minutes ahead so he would always arrive on time. He was supposed to be at the school at 7:00am, but he would consistently show up at 6:50am.

In Gerber’s culture, punctuality is not a high value, so the only other person at the school that early was the principal. They would often engage in conversation. Eventually, the principal said, “Since you are always here early, why don’t I give you the keys so you can open the school?” Another morning, Gerber arrived early to find the principal behind on his paperwork. He said, “I can help with that.” They began planning some activities with the kids together.

After about seven months, the principal was going to be gone for about two months visiting family in Switzerland. He asked Gerber, “Do you want to stay in charge of school while I am gone?” So at 21 years old, with only two weeks of principal training, Gerber was acting principal for two months.

Just the faithfulness of showing up ten minutes early opened up a tremendous opportunity for him. He is now serving as a missionary with Mission Impact working in clean water, sanitation, and discipleship.

<< Discipleship strategy: add one more thing When theological perfection slows down the Kingdom >>