Dealing with pushback on new initiatives 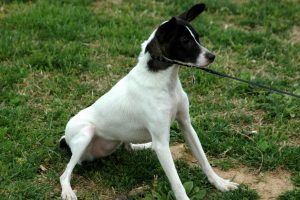 You’ve had this happen before. You’ve just finished explaining a new initiative to your group of leaders and you can feel the pushback beginning.

Most people are just naturally resistant to change. If you haven’t pre-processed a new idea with your leaders, you don’t really know where they stand on it. Then if you bring up this new idea to a group of them all at once, the opinion-leaders will speak first. Others will fall in line with what they say.

Bottom line: You’d better know what the opinion leaders think– and that they are on board with you– before you propose the idea before the whole group. Otherwise you’re going to get shot down.

Many leaders think, “That’s going to take too long. I’ll just get board approval and then we can move forward.” I could give you dozens of examples of leaders that thought that, did it, and then had to spend the next six months (or more) trying to figure out how to go back and get them to buy in after the fact. Generally, there’s even less support for the idea at that point than if they had taken the time up front. From the crucible of experience, it’s not a wise thing to do.

True, the route I’m suggesting does move slower… at first. But if you try getting board approval before you have buy in from opinion leaders, nothing has actually been decided. You’ll spend twice as long trying to convince people to go along with a decision that has already been made without them.

Take the time to process people before trying to move them in new directions. It may take longer on the front end, but you’ll meet much less resistance down the road.

<< Our Race Problem: Both Simple and Complex The supervision-coaching rhythm >>