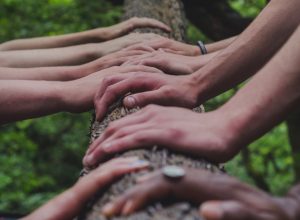 An essential competency of any successful church planter is the ability to create ownership of ministry. It’s not just MY church; it’s OUR church.

I was always able to tell when people in my church had bridged into a sense of ownership. It was when they went from saying, “I like your church,” to saying, “I like our church.” At the same time they were buying in through their involvement, their giving, and their relationships.

Real ownership of ministry goes far beyond membership and serving. It actually runs much deeper than that. The core ministry Jesus wants us to be involved in is the making of disciples. The buy-in is at the core mission level. When we get that DNA into the organization, people are passing it on to others who in turn pass it on to others. It becomes not just the pastor’s job, but all of our jobs. The mission gets actualized in a way that gets reproduced.

I think of the early Olympic Greek relay races where they pass the baton from one runner to the next, each picking up where the other left off.  The passing of the baton creates ownership. It’s not just the final runner who is the winner of the race. We all won it together.

In early days of my church plant, we had so many new believers, it was impossible to be able to follow up with all of them myself. So I decided to engage people who were four or five weeks old in the Lord with those who were only one week old in the Lord. It became a pattern, and people grew and began reaching out. This approach also had the added benefit of getting everyone involved in discipling others even at a very early stage of faith.

That’s when you know you have ownership of ministry: when you have embodied the essence of what being a disciple is all about and it goes from one to the next to the next to the next. It’s being passed on like a paper chain as opposed to the hub-and-spokes strategy.  You see the paper chain model being used effectively in some college ministry. The 18-year-old girl who is reached in the fall of her freshman year is invited to a leadership development group during the spring semester, begins reaching out and leading a group, and is on the official leadership team of the campus ministry by the following fall… reaching out to new freshmen.

When we instill the DNA in a way that results in people embracing the mission, living it out experientially, and then passing it on to someone else, we have truly created ownership.

The Leadership Difference- Church leadership skills go beyond seminary training. This book bridges the gap by focusing on the key skills needed to be an effective leader. Anyone in a position of leadership, whether they’re leading a church, a team, or a small group, needs these skills and strategies that result in lightening the own load, developing the skills of others, and getting the job done effectively.

Leadership Skills Guides- Raising up leaders includes investing in them as a leader and an individual. The Leadership Skills Guides were created to help you walk alongside developing leaders by training them in the skills necessary for effective leadership. The program is downloadable and reproducible. Click here for a FREE Overview.

Photo by Shane Rounce on Unsplash

<< Church planters must be responsive to the community Flexibility and adaptability: An essential competency for any church planter >>