The courage to look at the numbers… and then change 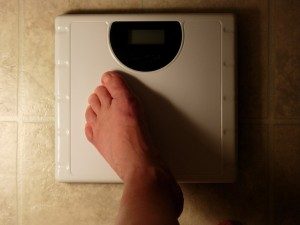 Sometimes we just don’t want to step on the scale. It takes courage to actually look at the number, and that can be a big hurdle to get over. It’s the same way in ministry– it takes courage to take an honest look and evaluate our results. And then it takes additional courage to change.

At one point in my pastoral ministry, we had a significant drop off in baptisms. So we first had to acknowledge it, then we had to dig deeper to find out what was going on. One thing we discovered was that we weren’t offering as many newcomer classes. We also saw that there simply weren’t as many opportunities for people to consider following Jesus. So we upped the number of entry points.

That point of change is the next step. Once we acknowledge a problem, we have to take the first steps toward addressing it. After all, the last seven words of the church are, “We’ve never done it this way before.”  It takes courage to want to change, primarily because it’s awkward and we have habits to the contrary. We don’t want to look silly. We don’t want to fall down and skin our knees trying something new.

But we do have options and the choice is up to us.

The other night I went to the anger management group I help lead. A lot of the men there will say things like, “That’s just the way I am,” “That’s the way I deal with it,” “I just do what I have to do,” or, “It will either work or it won’t.” The underlying assumption is that they have no options. They have only their default way of dealing with an obstacle and their approach will either work or it won’t. And if it doesn’t, they’ll land back in jail.

The guy I co-lead with told them, “This is not the only way to live. You’ve got to look inside yourself and do a searching and fearless moral inventory– step four. Actually take a look and say ‘Do I want to keep doing it this way?’ If not, then you have to take a look at who you are and also have the willingness to change.”

That’s true of people in recovery, but also true of people in the church. If you’ve been in a pattern of doing things a certain way your whole life, change is hard. Some leaders are mindful of what’s needed, but are not willing to make personal changes.

So take the first step– get on the scale. Look at the results. Then ask yourself if you have the courage to do something about it.