The country church and the town church

A man I know pastors two congregations: one in a rural area and another in a small town. As he was talking with his coach about how to get effective discipleship processes in place in both contexts, he pieced together some principles that could be helpful to many other leaders as well. 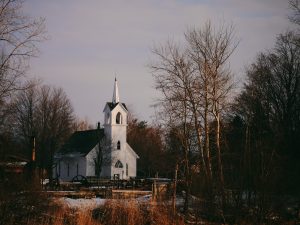 In the rural church, he’s had a hard time getting connected because he’s not familiar with all the connections and the whole web of relationships. This is a place where you don’t have much credibility if you haven’t been there forever. You pretty much have to marry into it, have kids and grandkids there, and then you’re accepted. Since this pastor hasn’t had nearly enough time to do all of that, he was asking himself how to find the person of peace. He didn’t know all the ins and outs of the relationships in this region, so he wasn’t sure where to start. He asked the Lord to lead him, and then his coach asked him, “Who could you talk with who might know? Who seems to be well-connected?” Two names came quickly to mind as the pastor prayed.

His coach then suggested he draw a social map of entire area: Who’s friends? Who’s related? Who’s connected in other ways? Then he could look on that map and find the “nodes”—the people who are found at the hubs of various relationships and have a lot of different connections. Especially in a rural setting, you need to focus on working with the people who are already there, and in this way the pastor determined who to focus on building relationships with. From there, this pastor will be better able to see where God is already at working. It just takes getting established in the social network first.

The pastor’s town church is a bit different. Relationships are still central, of course, but the town church has more people coming and going—especially because of its connections with the local university. One idea that came up for the town church was doing an Alpha program for the campus. The pastor thought that might be a good fit for the students who wanted to engage in relationships, discuss ideas, and ask any questions they had. To put this plan together, he also needed to assess the network of relationships among the town people to see who might want to be involved. In this case, there was a woman who had just moved back to town who was well-connected and had the gifting and skills to lead this ministry. There was also another woman who was not experienced, but was excited about the idea and willing to do a lot of the legwork. Potentially, they could work together to oversee an Alpha program geared toward students.

In both cases—the country church and the town church—I call this process “intentionalizing the journey of discovery.” It’s easy to get paralyzed and not know where to start. You might not know the person to start with, but you might know the person who knows that person. Plan with them to discover the journey. Mostly we don’t get results because we’re not looking for where the receptive people might be and then we’re not intentional about building those relationships: we’re not utilizing the resources and allies we already have who are well-connected. Being intentional about working with others can help us develop more concrete and strategic steps to move forward.