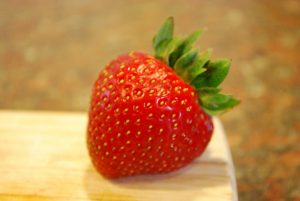 The berry bucket is a theory I’ve had for many years. Carl George wrote a whole chapter on it in our old book Leading and Managing Your Church, which you can pick up for a song now on Amazon, seeing as it’s out of print. But I’ve recently found that the berry bucket theory still holds true as I’ve been dealing in my coaching and consulting work with pastors who are moving into established churches.

The basic theory is this: churches that have been around for a while have “former berries” (the old guard) and “new berries,” (the newer people that joined more recently). The former berries have been around forever and have invested over many years, both financially and relationally. They have seen pastors come and go, and plan to still be there after this one leaves.

This situation can lead to an “us vs. them” dynamic that results in turf wars and power struggles. Even if those struggles are unstated and subtle, they are nonetheless real and the effects will be felt. The pastor tries to lead, it backfires, and then he or she wonders what happened. The result is often the leaving of the new pastor and the leaving of the new berries… both of whom are frustrated because they have no real say in how the church was actually being run.

So what works? New pastors must understand these dynamics and recognize that getting former berries to buy in will take about five years. They must not assume they have a mandate to lead simply by being placed in the pastoral role. Pastors must persuade, gain trust, get permissions, listen, ask for advice, ensure that people feel heard, develop relationships, and determine what the unwritten rules are. This is time-consuming, but necessary if the pastor expects to truly lead… and to last for more than a few years.

I shared my berry bucket theory with one younger leader and he said, “You titled it wrong.” I asked, “What should I title it?” He responded, “The case for church planting.” A fine observation. Yet there are those called to pastor existing churches, and even though it’s much more difficult than planting a new one, it can help to be familiar with the berry bucket theory.

It’s a very useful resource for pastors geared toward helping them with leadership and management skills—which constitute at least 60% of a pastor’s job, but most seminaries don’t teach much on. But this chapter on the berry bucket theory is worth the price of the book alone.

Leading and Managing Your Church 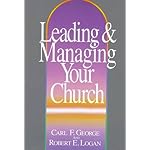