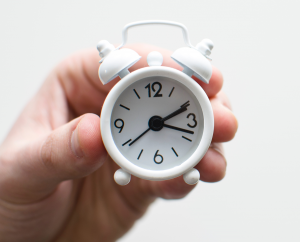 Good teams take time to build. Do you want good, solid team relationships in your ministry? Building an outstanding team requires a considerable investment of time and energy, but it’s well worth it.

One thing you can proactively do is take time to be together regularly for extended periods. You need informal time to talk and to see each other as human beings. Sometimes this can be over a staff retreat or at a party or dinner, but I’ve found that even meetings can work well over more extended times.

Instead of a weekly one-hour staff team meeting, we would often meet once a month for three hours… and we always met for a specific purpose. It could have been for planning a summer event, deciding how best to incorporate newcomers, or how to bring people on board with a particular vision, but we met only with a purpose. If there was no reason for a meeting that month, we wouldn’t have one.

Now many people might ask, “What about those things that need to be connected on more frequently between big meetings?” Most of them can be handled just by connecting with another person or two on the team rather than having everyone meet. Just call or email or stop by another team member’s office and ask, “What’s the status on project X?” or “What is the next step I should take on project Y?” Most tasks don’t require a big meeting with the whole team present– especially coordination issues.

I found these three-hour meetings much more productive for items that require holistic thought and planning. Instead of coming out in drips and drabs, we were able to give sustained focus to the issue. Our agenda usually followed this pattern:

Then of course, team members could connect more informally as needed. Not only did we get more done in one three-hour meeting per month than we would have in four one-hour meetings per month, but we also learned how to work well together as a team by getting to know one another in a context of collaboration and teamwork. This is the gift of focused time.

Photo by Lukas Blazek on Unsplash

<< Sending Well: A new book for coaching church planters Time to celebrate! Leave room for celebration in your team schedule >>