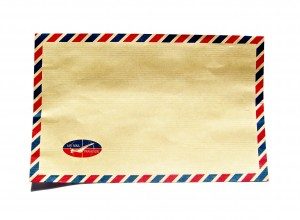 Here is my unsolicited advice to those of you who raise support about keeping in touch with the people who are investing in your minisistry.

1. Be regular and consistent. Contact once a month is the absolute minimum. If I haven’t heard from missionaries I am supporting for more than a month, I wonder what they’re doing. How is their ministry? How are they? I recently heard of a missionary who dropped all communication. Support began tapering off, and eventually the organization he worked through was the one who informed supporters that he was no longer with their organization.

2. Make your communications about the ministry, not just about how your family and kids are doing. People don’t want a series of Christmas letters. They want to know what’s happening in your ministry: the cool things, the struggles, the celebrations, the stories of changed lives. That’s what really makes a difference to those who are investing in your ministry. One man I know regularly includes in his monthly newsletter a “column” written by one of the people he’s serving, along with their photo. That direct testimonial about the specific impact this missionary is making in the lives of people really sets it apart from most missionary newsletters.

3. When you ask for prayer, follow up later to let people know what’s happening. Back in my very early days of raising support (before email), I received a letter from a supporter asking for specific prayer requests. I wrote him back listing some. About six weeks later, I received another letter: “I’ve been praying for X, Y, and Z. How’s it going?” We need to take the prayers of our supporters seriously and close the loops with them when we’ve asked them for prayer about specific issues.

4. Get creative. My wife Janet is a fabulous example of this one. Many years ago we had many families with young kids among our supporters. She wrote a monthly take-home paper to the children– one version for early elementary school and one version for older elementary school. It included age-appropriate stories about the ministry, activities they could do, simplified prayer requests, and let them know how their family’s investment was making a difference. For example, “What country is Bob going to next?” might have a connect-the-dots activity. Janet would always share what had happened from last time, so as to close the loop on previous prayer requests. When I traveled to different countries, I would pick up small gifts and Janet would send them to the kids. What kid doesn’t love getting mail? Her heart was to help form world Christians– children who had a heart for the world. Plus it was a great opportunity to disciple the children, and you’re giving back to the parents in a way that really serves them. One girl decided as a result of Janet’s newsletter to sell lemonade and give the proceeds to our ministry. That’s discipleship as well as creative contact with supporters.

<< Non-monetary rewards and sanctions Why people give >>