Unreached people groups: a ministry to the deaf 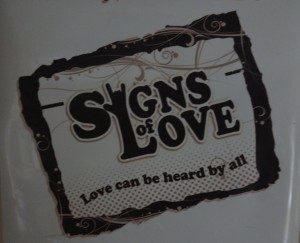 One of the people I met in Honduras was an American woman who moved there to start Signs of Love, a deaf ministry. Here in developed countries like the USA, families with a deaf child have a lot of resources to help them teach their children language while they’re young. But in remote parts of Honduras, deaf children often grow up without any form of language, which makes conceptual thinking very difficult. By the time they reach adulthood, people have missed the window for when language is normally acquired.

Imagine a child who grows up with no language in a poor rural area where no one knows what to do with them. They are often ridiculed, persecuted, and abused. Some in their 20s have never learned language. The brains of kids are designed to learn language when they’re young. They learn naturally and easily whatever languages they hear– even two or three different languages and the ability to distinguish between them. Later in life, language acquisition is not as easy and one of the most difficult things is to learn to think conceptually. Everything in their life has been so concrete. A word like “justice” is not easily understood without language; it’s nothing you can point to.

So this ministry has been sending out “spotters” to find deaf people in rural areas and begin teaching them language. These are a people group that are largely unreached and who need to hear the gospel and be discipled. What other groups do you know that aren’t reached? Keep your eyes– and ears– open.