Straight talk from a church planter 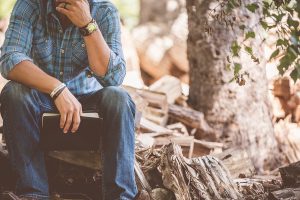 Enjoy the entry below, courtesy of one of the church planters I’m coaching:

We had gotten to the point of starting a worship service, but it was not going well. Something was wrong. Not the numbers, those were okay. But we weren’t attracting the crowd I was looking for. I was aiming for ages 19-30 and had ended up with 40 and over. Not only that, but there was a lot of complaining. Almost all of the people were from traditional backgrounds and they wanted a full-service church: food pantries, programs, benevolence funds. They were great people, but they were not who I was called to reach. It was a mismatch.

I thought, “I’m going to get a coach.” I didn’t think I needed one before. I thought I could read some books and do it on my own. I was naïve, and I was very ill-equipped. When I met with Bob, our first session wasn’t really coaching– it was more like intervention. He told me, “You’ve got a problem.” That really confirmed what I’d been feeling. This was a mismatch. And the worship service was a premature birth.

The next day, I announced that we were changing things around and we’d start meeting at the local Starbucks next week. I’d been thinking about this for months, and my conversation with Bob confirmed what I’d been hearing from Lord. I took decisive action right away and didn’t want to continue with the divisiveness and wanted a fresh start as soon as possible. I knew I was going to lose almost everybody, but that was kind of the plan. I wanted to free people up to go where they could get their needs met. They were following me out of loyalty and friendship, but they didn’t share my vision.

In my coaching relationship with Bob I’ve continued to work on articulating and clarifying my vision. If I have any advice to give a young (or old) church planter, it’s this: “Get a coach first.” Coaching has made a huge difference. That’s an understatement, actually. Having someone who gets it, who has been there, who asks me the hard questions and holds me accountable… that’s a whole lot different than reading a book.

<< What’s the problem? Straight talk from a church planter, part 2: What now? >>