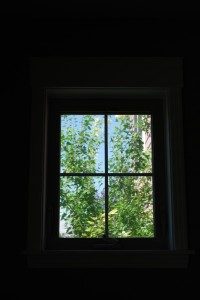 Ralph Winter coined the terms sodality and modality in a little chapter in a big book that a lot of people have on their shelves but have not read: Perspectives on the World Christian Movement. The book is an anthology of articles, edited by Ralph Winter. He included a small chapter—chapter 19– on the two structures of God’s redemptive mission. In it, he described how the church exists in two forms: in its local form (modality) and in its mission form (sodality).

One personal note: When I first read the chapter, I took great offense. I was a planter-pastor, leading a new church that was two-thirds conversion growth and actively multiplying churches. Winter was making the claim (seemingly) that only the sodalities are really doing the mission work of God. What about my church?

In the book of Acts, we see both local churches and the apostolic teams. There is interconnectedness, yet two different structures exist. There is a place for both in the New Testament. Some people say that if the local church was doing its job, para-church organizations wouldn’t be needed. I’ve come to conclude that’s not true.

Apostolic teams will always be needed to catalyze and extend the mission. And local churches need to remain focused on the mission of Jesus: making disciples and starting new churches.

<< Engaging those who won’t be engaged through traditional church In and through: how transformation connects to mission >>