We all need to grow in different areas 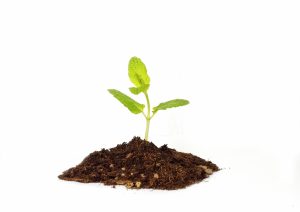 To grow toward true, holistic maturity in Christ, we need to take all areas of his commands to heart.

For years and years in my walk of discipleship, I mostly ignored the area of social justice. It just didn’t fit my theological paradigm, and it didn’t register that I needed to be involved personally in helping the poor. Social justice simply was not on my discipleship radar, leading to a weakness in those particular branches. As I began to grow in my awareness (and in my more holistic experience of God), it became clear that this was a growth point for me. It was transformative for me when I started to engage in this way by serving in a recovery home. I was helped as much if not more than they were helped. I began teaching an anger management class to people living at the Salvation Army, and found that I learned as much as they learned. God was growing me through the use of my hands.

My co-author on The Discipleship Difference, Chuck Ridley, on the other hand, had social justice as a strong suit from early on. As president of the black student organization at his college, he had an afro that made it difficult to get through doorways. He did inner city work with juvenile gangs. Later as a professional, he has written and lectured on the topic of racism. Yet as he got older, he realized that financial giving was a weak area for him. More specifically, he would call himself stingy in the area of financial stewardship at that time: “When you grow up poor, you have a tendency to hold onto everything you can.” But as Chuck was confronted about this area of his life, he became increasingly convicted that he needed to become more faithful in his giving.

Interestingly, I was always strong in financial giving. We each needed to grow in different ways, and we each had different strengths… in this case the opposite ones.

Question for reflection: Where do you need to grow?

Use our assessment tool to learn more: http://discipleassessment.com/.