Mutual respect and loyalty: the core of an effective team 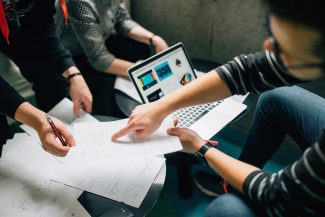 What is at the core of an effective team?

There are a lot of hard knocks in ministry. To help cushion some of those blows and give everyone the energy to keep moving forward, the team you’re a part of needs to provide a supportive and encouraging environment. Three essential elements for building a team of mutual respect and support are affirmation, trust, and commitment.

A little affirmation goes a long way. That includes not just affirmation of obvious strengths and victories—which is easy to give—but also affirmation of any baby steps in right direction when a person is working outside of their comfort zone and making modest progress. When I was flexing my behavior to try to be more relational, my team affirmed the small steps I was taking, and that provided me a supportive environment in which to keep moving forward. Even though I knew I wasn’t doing well yet, the affirmation of my team gave me the strength to keep growing.

A strong trust level—developed over time with a track record of consistent performance together—positions team members to assume the best about one another. Sometimes you’ll find that people come to you to criticize one of your team members. Begin by assuming the best: there may be a misunderstanding. Whatever you do, don’t agree with the person complaining. Just listen and say something like, “I’m sure he had good reasons… have you talked with him directly? I trust the decisions he makes.”

A team that practices commitment backs each other when publicly criticized. Like brothers and sisters—they may bicker among themselves sometimes, but they have each others’ backs and defend each other when someone else criticizes them. Even at those times when you do need to point out something negative to a teammate (directly, not in front of others), you do them the courtesy of assuming they’re aware of the problem and working on it. “I’m sure you’re already aware of this, but….” Giving people the benefit of the doubt goes a long way—even if it’s something they haven’t thought about before.

Strong teams are built on mutual respect and loyalty. After all, wouldn’t you want your teammates to assume the best about you and have your back?

Photo by Štefan Štefančík on Unsplash