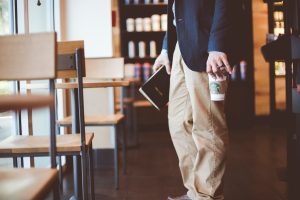 I am an advocate of keeping things as simple as possible. One year ago, I observed a church leadership team discussing the perils of developing missional communities in a local congregation. The meeting stretched on longer and longer, becoming fixated on all that would be required for people to become part of a missional community structure. The elder leading the meeting provided exhaustive proofs affirming the need for healthy, disciple-building groups within the church. The leadership team acknowledged the importance of having such a structure to facilitate connection and encourage growth. Yet for several minutes, the discussion focused upon the idea of missional community as a foreign, exclusive, and difficult construct to incorporate into the church community.

Finally, one of the team members stood up and said that he needed to leave the meeting early because he and his comrades on the usher team were meeting up at the local coffee shop for a time of fellowship. It was at that moment that reality hit. A group of five ushers were planning to enjoy a time of laughter and encouragement that would take them away from the corridors of the church building. The makings of a missional community became evident. This group of ushers, which already existed within the church, could draw upon an established time of gathering and add the opportunity to challenge one another, pray together, and reach others beyond the five individuals involved. This gathering had an opportunity to become intentional and missional.

Others in the leadership meeting began to identify groups in the church that could also shift to being identified and developed as missional communities. The women’s circle, the seniors’ group, the young adult team, the music team, and the culinary team already had bi-weekly or monthly meetings. One leader proposed that a study guide from the weekend pastoral teaching could be prepared and provided to these existing ministry groups, along with discussion questions and a prayer focus for the month. These established groups began to focus portions of their meetings, and at times their entire meetings, on the study guide and discussion questions.

It has been a year since I sat in the aforementioned meeting with the leadership team of that particular church. They now report that what began as six existing ministry groups connecting mainly on weekends has now become a group of twelve missional communities that have produced transformative, discipleship-building results. The church is growing spiritually and exponentially. It’s amazing what can happen when things are brought back to simple level. When we embrace the tenets of the kingdom of God, missional community is indeed possible. Something to think about… 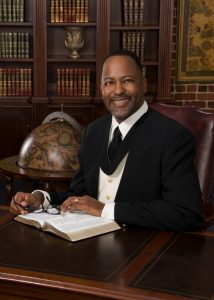 As the successful founding pastor of 3,000-member Center of Praise Ministries in Sacramento, California, Parnell M. Lovelace, Jr. now serves as an apostolic strategist, merging the church with the social constructs of urban community. He holds a Bachelor of Social Work degree from Oral Roberts University, a Master of Social Work degree from the University of Oklahoma, a Master of Practical Theology degree from Oral Roberts University, and a D.Min. degree from Biola University (Talbot School of Theology). Dr. Lovelace currently serves on the Board of Trustees at William Jessup University and is a certified church consultant with the Society for Church Consulting.

<< The unintentional interim Light of the World? The Missional Church >>