Identifying your spheres of influence 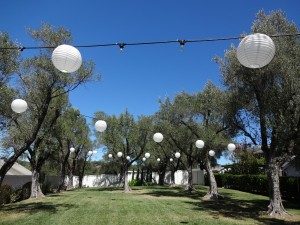 Consider where God has placed you. Where are you able to serve as the presence of Jesus? Make a list of the people you’re in relationship with that don’t know Jesus. What is your plan to keep those relationships healthy and moving forward?

One church planter and his wife engaged in this exercise.  They had a list of neighbors who have been in their home or they’ve been to the neighbors’ homes. The planter connected regularly with sports writers in his city. His wife had a walking group that exercised together. They were involved in coaching kids sports teams. All told, they had six or seven spheres of influence. They were then able to think strategically and prayerfully about how they could best serve as the presence of Jesus in each of those spheres and deepen personal relationships.

Eventually, they hosted a BBQ at their house for anyone who wanted to find out more about the new church that would be forming and invited everyone on their list. They had more than 80 people turn out, and it was a great way to kick off a connection with the new church as it was being formed.

<< Let it go: a Christmas sermon What comes after Alpha? >>