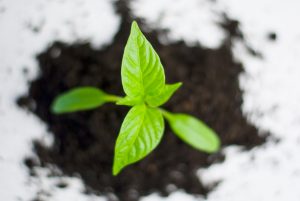 When I met this young man, I could tell he was going somewhere in ministry. He was still in the stage of figuring out his gifts and specific calling. But when he asked to preach, he was told all the preaching slots were filled. When he asked to start a ministry geared toward local college students, he was told there wasn’t time or budget. He should just keep doing what he was already doing… because he was doing it so well.

You can probably see where this story is going. Eventually, the young man left his assistant pastor role because there was no room for growth or new opportunities. He went on to plant a church. Possibly this is what God had for him anyway, but intentional development would have helped him discover his giftedness and calling and would have bridged the transition much more effectively.

Yet chances are—even if you could see where this story was going—it may be significantly harder to see it when it’s your own staff. That’s particularly true when we have someone functioning very well in their current role. We don’t necessarily want them to keep growing or move on. Yet we are still called to help develop them toward whatever God has for them.

Who on your current staff is outgrowing their current position? Which of your key volunteer ministry leaders needs a new challenge? When someone outgrows their current role, figure out how to change the position to help them keep growing… or prepare for the fact that they may leave.