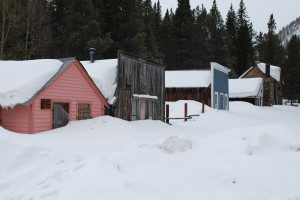 The longer I’ve been following Jesus, the more I see that he has the same heart for small towns that he has for big cities. The primary reason is that there are people here that Jesus loves. We assume that– because of course, Jesus loves all people– but we don’t voice it as much. The truth is that doing ministry and reaching people for Jesus in small towns and rural areas is just as legitimate as serving in the big cities or moving to Africa as a missionary. And like those mission fields, contextualization of ministry approaches is required.

Little has been written about small town and rural ministry. Pastors serving in these areas often read books focused on reaching city centers or suburbs, but the approaches don’t work where they are. They then need to deconstruct those books, discern the principles, and put them back together in a way that will work for smaller places.

For example, in many urban contexts, churches need to become less “churchy” in order to reach people. They get rid of the altar, the pews, the stained glass, and aim instead for a more secular, auditorium feel. Here in smaller towns I’ve found that doesn’t work well. Most people here have a strong sense of church from their childhood. I was expecting to deal with secular atheists and agnostics that I’d need to convince that there is a God. Instead, most people here already believe in God– they’re just not following him. They need help with the relational aspect of following Jesus.

Outreach “events” also look different. A polka party with brats and beer would go over big here. It fits with the culture. Most evangelical churches are good at thinking contextually about doing ministry in city centers or overseas, but not so good about contextualizing for rural America. The geography itself makes a difference, as Bob has been writing about in this series. We need to plant churches that work over geographical distances to be effective here.

Our church has recently formed a partnership with two other churches in our region and together we are working to plant a church in Medford, a nearby town of 4,000. Instead of taking a traditional church planting approach (designated planter, budget, building), we are each designating three people to serve as incarnational missionaries there. Together, they will work to build disciples, hoping to raise up indigenous leaders from that town. The freedom to experiment with new forms of and approaches to church planting is important in smaller places.

Jesus has a heart for rural America and small towns. Let’s think together to find new ways of contextualizing ministry to reach these places effectively.

Luke blogs regularly at ThinkTheology.org and at Multiply Vineyard.