Autopsy of a failed church plant 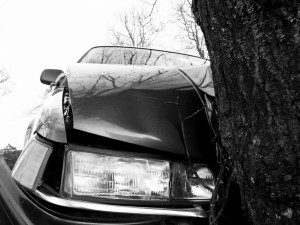 There was a church planter who had been very successful in numerous ministries. Every ministry he was a part of flourished, grew, and was excellent. He was successful in many different contexts, and had a kind of star quality within his denomination. Then he did his first church plant, and it failed miserably.

Everyone was stunned. After all, if anyone was predicted to have ministry success, it was this guy. They thought, “We need to figure out what went wrong.” When they connected with me, I realized I was doing my first autopsy.

Because this man’s resume was so impressive, he hadn’t had a church planter assessment done. So I decided I needed to do a behavioral interview with this man to assess his competencies as a church planter.

I discovered that in every situation where he was successful, it was within a structure that had pre-existing structure with resources and people at his disposal. Within that context he could connect the pieces, lead, and have things flourish. What he did not have was a single example of him starting anything from scratch.

Had the group done its homework beforehand, they likely would have realized that they needed to do a significant hive off—starting with 100 people or so—in order for this plant to work. This ministry leader had many strengths, but starting from scratch was not one of them. He had no experience with it.

The lesson? Whenever you’re assessing a person for any position, make sure you take a look at the actual behaviors they have engaged in in the past through behavioral interviewing. Pay attention to who was around them and what resources they had at their disposal? Make sure the person has the skill set necessary for what they want to do.

If you’re looking for a good behavioral interview, I’d recommend my friend Dr. Chuck Ridley. He’s very thorough, in my opinion the best, and his rates are significantly less than most assessments run. If you’d like to get connected with him, let me know.

<< What are your criteria? Engaging those who won’t be engaged through traditional church >>