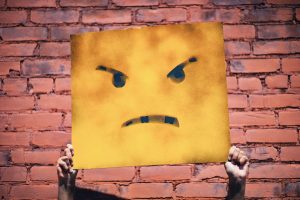 I had a curious observation recently as I was reflecting on the idea of extremes. My thoughts went to the two biggest groups that opposed Jesus: The Pharisees and the Sadducees. On the extreme conservative side were the Pharisees with all of their nitpicking and rules. On the extreme progressive side were the Sadducees, who did not believe in the supernatural. The two groups couldn’t have been more different in their beliefs, perspectives and opinions. But– and this is what I found particularly interesting– if you look at how they interacted with Jesus, they behaved in essentially the same way: they were critical, entrenched in their own positions, and looking to trap him.

The amazing thing about Jesus was– in spite of the harshness and criticism and attacks coming from both sides, he responded with grace and truth. He continued to model for us being a non-anxious presence that demonstrates the love of God. That’s a key question for us as well… how do we live and love and talk like Jesus in this polarized world in which we find ourselves?

Photo by Andre Hunter on Unsplash

<< What’s getting in the way? Addressing blockages to discipleship Two painful requirements of constructive change >>