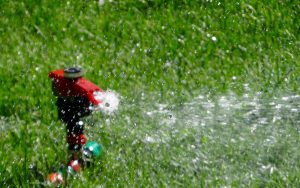 By guest blogger Randy Lovejoy, pastor of Silverlake Community Church. Longer than my usual blog entries, but well worth it. Enjoy.

So I was driving into the Silverlake Community Church parking lot after a run at Griffith Park (I like to work in the office a bit after running and then go home and shower). On this particular morning I was on the lookout for a guy in a gray hybrid vehicle who began parking at the church early in the mornings of the previous week. I had eyewitness accounts that he would park, shoot up with heroin and fall asleep with the syringe still in his arm. But what really bothered people was the way his head would hit his steering wheel in just the right way every 5-8 minutes. The result was a quick but loud honk that would make people jump and cause him to look up, bleary eyed, before his head would slowly descend again to repeat the process.

I had promised the eyewitnesses that I would talk with this man. I would say that we would like to help him get out of his addiction, but that he could not continue to use the church parking lot for continuing his habit. So when I turned into the lot on this particular morning I was expecting to see him. Instead, I saw a bike parked under the jacaranda tree at the side entry of the church. Next to the bike someone was asleep on the grass.

At first I could only see tussled hair sticking out of the top of the blanket that covered him. I wondered if it was the homeless guy who has been coming to our church early on Sundays to clean up in one of our restrooms and go to our worship service. If it was I would have to confront him again. We have had numerous discussions about our desire to help him get out of homelessness. But I have also had to make it very clear that he cannot continue to sleep on our property at night. We want to build relationships that transform and heal, not relationships of dependency. “So,” I wondered to myself as I drove into the parking lot, “was this John sleeping under the blanket?”

I knew it couldn’t be Orville. Orville was a recently returned wanderer who had threatened my youth director last week. If he didn’t give him some money, he had told him, he would go out and make it himself by giving someone AIDS. He had left a few days after this, on his next journey to who knows where. This couldn’t be him. I wouldn’t be seeing him for a while.

I parked and look in my side view mirror. I saw a strange movement under the blanket. It wasn’t just one person under that cover. Suddenly I remembered a high school couple who had been in that spot before the summer break. The two of them had been in that very spot a number of times during the last school year. They were clothed but managed to assume quite a variety of creative contortions with each other. Their relationship must have developed over the summer. They had never used a blanket before and now there was more going on under that blanket than any of us want to know. I hoped that they were heeding the billboard next to the church. It featured an eight foot, fully inflated, rainbow condom.

What to do? I have a youth director, Dan, who is studying for his ordination exams. Maybe he had run across something from Presbyterian polity that could guide us in this situation. With a grin on my face, I called him. After explaining the situation (in as little detail as possible) I asked him, “Do you have any advice?”

His mind was much more creative than mine. I knew that this wasn’t the time for sharing the good news of Jesus. Nor would a lecture on ethics have been well-received. I could only see one option left: to walk over and tell them, in my best “fire and brimstone” voice, to clear off. After all, a Jeddi Lego Engineering camp was going to begin on the church campus in about 15 minutes. I was sure that the couple was not offering the kind of welcome that parents with young children would appreciate. Dan had another option: water. “How about a hose?” he suggested. “Interesting thought,” I said, “but the hose isn’t long enough.” And anyway, it doesn’t seem right for a Presbyterian Minister of Word and Sacrament to use water in this way. It is so close to immersion. Then Dan came up with a much more fitting option; sprinklers! That is right in line with our approach to baptism.

I quickly hung up with Dan and called Earl the handyman. “How do I turn the sprinkler on in the section of the lawn that sits off of La Paz under the Jacaranda tree?” I asked. “Oh,” he said, “that’s section 8.” I went to the sprinkler box on the same side of the church as the couple but about 150 feet away. Casually, turning away from them, I opened the box and pushed buttons until the digital readout said, “Section 8 on.” Suddenly there was a gurgling sound, followed by a loud spray of water, and then a scream. It was working! The sprinklers were on and now the amorous, and rather wet, couple was in survival mode, running for their lives and laughing all the way.

I walked nonchalantly toward the front of the church with that well-known pastoral pride in a job well done. A normally sullen woman from the community, who had walked her dogs past the couple before the sprinklers turned on, waved at me with a grin on her face. I waved back and went into the church to begin my day.

Another day of adventure at Silverlake! I love this place!